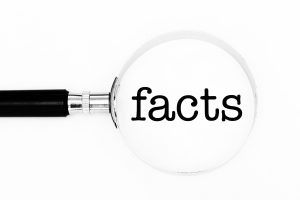 By now you’ve ready “The First System That Develops“ article on the 100 Year Lifestyle website and you know quite a bit about your nervous system. However, there are still a few nervous system facts that you should be aware of. Why? The truth is, your nervous system is fascinating! It’s complex. And since you depend upon it every second of every day to experience life, you really can’t understand enough about it and how to take care of it.

So, we already know that the nervous system is the first system that develops in the womb as a result of our parents’ cells joining together and then multiplying. But let’s get some perspective here. Let’s get some context.

However, in addition to having two parts to your nervous system, there are also two types of nervous systems—voluntary and involuntary. The voluntary or somatic nervous system involves things you can consciously control like moving any of your body parts.

The involuntary or autonomic nervous system controls the things no one thinks about but everyone does. These things include essential processes such as your heart beating and breathing.

The sympathetic nervous system prepares you for action—both mental and physical. It gets the adrenaline flowing, opens up the air passages to make breathing easier, and causes the heart to beat faster among other responses.

Under more relaxed circumstances the parasympathetic nervous system is in charge when you’re at rest. It helps you relax, digest, and keeps your metabolism running when you’re just chillin.

Lastly, the enteric nervous system controls your bowels. Not something we usually think about, but, yes, there is a system for that!

Neurons or nerve cells are fundamental to the brain and nervous system. They are the cells responsible for communicating with other cells via synapses or connections. The neurons receive sensory input from the external world and send that information to the various parts of our body. FYI, the neurons are supported by glial cells which help to hold the nerve cells in place and function the way they do.

To be clear, the brain has 100 billion neurons. That means that there are more nerve cells in the human brain than there are stars in the Milky Way. The spinal cord has its own much smaller quantity of 13.5 million neurons, despite its length.

So your IT system has a lot going on. Let’s take a look at how all these different pieces are communicating. The answer is—FAST! The nervous system can transmit signals at speeds of 328 feet per second. That translates to 223.6363 miles per hour.

What part of your body bogarts the energy? It’s the brain. The brain uses over 20% of the energy reserves of the body, more than the rest of the organs. It works even when you’re sleeping.

Here’s a puzzle for you. Neurons can’t divide or replace themselves. So, how do we get them in the first place? Neurons are created through the process of neurogenesis. In this process, neural stem cells divide to produce differentiated neurons. Once those differentiated neurons are formed, that’s it. No more splitting. So, what neurons you have at birth are what you get.

The Good and the Bad

The bad news? Since neurons can’t divide or replace themselves, that means that nerve damage is usually permanent. As we age, we lose neurons. By the time we turn 75, we’ve lost 1/10th of our neurons. The good news, the brain’s structure is constantly changing and new neural connections are made as we learn!

If you lined up all the neurons in your body, they would be nearly 600 miles long! That’s a long, and interesting road! And this article just begins to lay the foundation of interesting aspects of your nervous system.

If you’re interested, keep reading the articles below. If you’re excited to do what you can to support your amazing nervous system, find a 100 Year Lifestyle provider near you, the perfect partner in your journey to health!

Your Beautiful Brain – The 100 Year Lifestyle

Your Brain: Use It or Lose It – The 100 Year Lifestyle