“Society is constantly looking for an easy way out.”

Many people believe that indulging in artificial sweeteners is healthy due to the zero calorie label. An aspirin is easily taken after a long night of drinking in attempt to kill the hangover. Tobacco products are abused to dilute everyday stressors, and opioids are being taken like Halloween candy to cover up symptoms and feed destructive addictions rather than getting to the root cause.

Don’t allow yourself to be manipulated by marketers! The long-term effects of trying to outsmart your innate intelligence, the Mother Nature within you, can limit your long-term health; a consequence to quick fixes and careless decision-making that eventually catches up with you as you age.

Mother nature designed fat tissue to consist of two things- adipocytes (the storage cells) and the molecules that fill them up. Adipocytes are like empty balloons and the molecules that fill them from the food and drinks that you consume act like air filling the balloons. Normally the number of adipocytes, balloons, in a person’s body stays constant throughout their life.

The Truth of Sugar

When you eat too much sugar, the body forms glycogen and stores some of it in adipocytes increasing their size like air filling a balloon. This causes you to gain weight and “get fat”.

When we ingest AS, no energy is provided to form glycogen, therefore nothing is produced to fill up the balloons. However, the AS tricks the body into thinking it is being overloaded and needs more storage, more balloons. Mother nature responds by increasing the amount of storage cells.

The reason we don’t see an automatic weight gain when consuming AS is because the storage cells produced are like flat balloons that don’t take up much space. Unfortunately, since artificially sweetened foods create a craving for other sweets,3 sugar ends up being consumed alongside them resulting in both an increase in the number of balloons (storage cells) and more air (molecules) to fill them – hence the reason we have a consistently higher BMI and a resulting society where obesity has become an epidemic.

The most common types of AS are sucralose (Splenda), aspartame (NutraSweet, Equal, Sugar Twin) and saccharin (Sweet’N Low). They are commonly found in baked goods, soft drinks, cough drops, frozen fruits, jellies, gellitan, pudding, breath mints and chewing gum. The FDA states children under 2 years of age, pregnant women and lactating women should not use artificial sweeteners- a common theme with chemical-based products.

Even though the FDA deems AS safe, there are many toxic side effects. Three different case studies conducted with women reveal the common symptom of migraines when chewing artificially sweetened gum. The results show that all migraines within these groups of women were resolved by stopping intake of chewing gum. To no surprise, the migraines came back after participants started to chew gum again. 4 Studies conducted in mice have shown the carcinogenic effects with increased occurrence of thyroid tumors, lymphoma, leukemia, and bladder cancer. 5 Other side effects include dry mouth, dizziness, decrease seizure threshold, thymus shrinkage, and Cecal (large intestine) enlargement causing indigestion and constipation. 6

Humans are not smarter or stronger than Mother Nature. There is no outsmarting your innate intelligence and there will ALWAYS be consequences that come with poor decisions. Read labels on food packaging and take action! The single best way to limit disease is PREVENTION through proper diet, exercise, meditation and keeping your spine and nervous system healthy. Let innate guide you and Mother Nature will nurture your healthy 100. 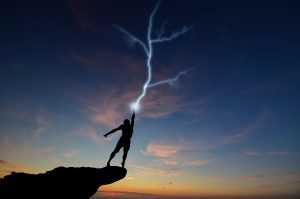