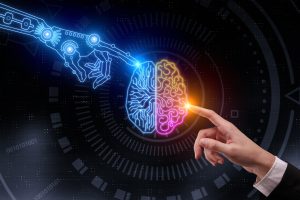 Artificial intelligence vs. innate intelligence. Does it sound like a fair fight to you? With all the talk about AI, Artificial Intelligence, it will never be able to compete with the awesome power of your body’s Innate Intelligence! Acknowledging this reality will empower you to take charge of your health so you and your loved ones can perform at 100% for 100 years and beyond. And the numbers back it up, big time!

The following calculation was performed by Yale University biophysicist Harold J. Morowitz and published way back on February 11, 1976 in the New York Times.

“A pound of human flesh is worth about $111,475 and a whole body around $6 million. And those prices only cover raw materials, hormones, proteins, enzymes, RNA, DNA, amino acids, and other complex biochemicals that are the stuff of life,” Dr. Harold J. Morowitz said.

“Fashioning the $6 million chemical shopping list into human cells might cost $6,000,000,000,000 (six thousand trillion dollars)”, Morowitz estimates. “Assembling the resulting heap of cells into tissue, the tissue into organs, and organs into a warm body might drain all the treasuries of the world, with no guarantee of success,” Morowitz concluded.

What prompted Morowitz to do the calculations? It was the popular saying that the materials which make up the average human body are worth only 97 cents. This piddling sum only reflects the market value of basic atomic elements. These elements are carbon, oxygen, hydrogen, nitrogen, iron, phosphorus, calcium, and sodium. They are all found in the molecules of the average body. A more appropriate measure, Morowitz thought, would be the retail cost of complete human biochemicals. Most of hose can be purchased from chemical specialty supply firms, so he began checking catalogues.

The prices ranged from a modest $2.95 a gram for hemoglobin, the blood’s oxygen-carrying substance, to $17,500,000 a gram for Prolactic, a hormone that stimulates and helps regulate milk production by the female breasts. Other items in a do-it-yourself human kit would include DNA, at $768 a gram, crystalline insulin for $47.50 a gram, alkaline phosphatase at $225 a gram, and acetate kinase for $8,860 a gram, Morowitz found.

“The real shocker came when I got to follicle-stimulating hormone at $4,800,000 a gram—clearly outside the reach of anything Tiffany’s could offer,” he said. “I’m going to suggest it as a gift for people who have everything. For the wealthy, there is prolactin at $175,000,000 a gram, street price.”

Collagen, a fibrous protein “glue” that holds the body together, was a relative bargain at $15 a gram.

Using the best scientific estimate of the amount of each biochemical in an average human body, Morowitz calculated that human tissue is worth $245.54 per gram dry weight, based on the catalogue prices. He computed his own 168-pound body weight in grams, subtracted the 68 percent that is water, and multiplied by $245.54.

“The number literally jumped out at me—$6,000,015.44—I was a Six Million Dollar Man, no doubt about it, and really an enormous upgrade to my ego after the 97-cent evaluation,” Morowitz quipped.”

From there Morowitz went on to calculate that assembly costs for a human body indeed are incalculable.

More than 40 years after Morowitz made this calculation, it is still true that the top scientists in the world are not even close to making a single human cell using the raw materials and assembling that cell into a highly functional human being. Yet, your body’s Innate Intelligence makes trillions of new cells for you throughout your lifetime and as long as there is no interference, will keep you functioning at your highest level for a lifetime.

Honor this Innate Intelligence through your lifestyle and health care choices. The chiropractic care we provide will work to optimize the function of your spine, brain, and nervous system. When they are functioning optimally they support your body’s natural ability to heal itself and function optimally.

It doesn’t matter what your health concerns or goals may be. You need providers on your team such as chiropractors, nutritionists, and personal trainers who approach care in this way. They can make all the difference for you on your quest for a sensational century.

Find a Provider Near You!

A version of these archives appears in print on February 11, 1976, on Page 45 of the New York edition with the headline: The High Cost of Being Human.