Monsanto’s Assault on Motherhood Must Stop!

Monsanto’s Assault on Motherhood Must Stop! Today we launch a new campaign to Women of Authority from Moms Across America.

A new study from Argentina on glyphosate and glyphosate herbicides shows that “exposure to low doses could alter the development of the female reproductive tract, with consequences on fertility.” 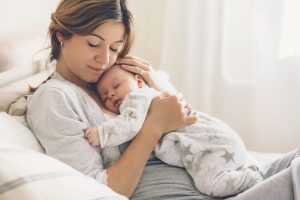 This finding is significant considering that glyphosate proponents argue that low dose exposure to this chemical through food consumption is not of concern to human health. This means the conventional food you or any female constituents eat such as wheat, dairy, beans, eggs, orange juice, breast milk, wine, beer, and more, that has been shown to contain low levels of glyphosate. And could be responsible for your/their miscarriages and reproductive harm.

The low doses a pregnant woman is exposed to when she walks by her neighbor who is spraying Roundup on their driveway could cause her to miscarry. Monsanto/Bayer could be responsible for countless miscarriages. Particularly over the past four decades that their flagship product Roundup has been used in our agriculture and landscaping industries. Over 300 million pounds of glyphosate are used each year in the United States. Roundup continues to be sprayed on food crops and be sold at Home Depot and Lowes despite recent lawsuits. Juries awarded 4 plaintiffs a total of over 2.5 billion dollars for the “malice and oppression” concerning the knowledge that Monsanto’s product could contribute to non-Hodgkin’s Lymphoma.

“Studies have also demonstrated that the exposure to GBHs alters the development and differentiation of ovarian follicles and uterus, affecting fertility when animals are exposed before puberty.” Glyphosate herbicides do not wash, dry, or cook-off. Our children are eating these residues in food thousands of times before puberty.

In landscaping use, 90% of runoff into our streams, oceans, swimming, and drinking water is from city use of pesticides. Our city sprays glyphosate herbicides in order to have “clean” looking sidewalks and playgrounds. Which impacts our daughters who are playing barefoot in their neighborhoods. These exposures could unknowingly be causing reproductive damage to girls long before they reach reproductive years. What our daughters are exposed to when they are two effects whether or not they will be able to have a child when they are twenty-two.

Monsanto has known for decades that their glyphosate products could cause miscarriages.

This is an assault on motherhood; a crime against humanity. Her action retracted vital information from the scientific community. That information could have led to further studies on the connection between glyphosate and miscarriages. How many mothers have lost their precious, sacred babies because of Donna Farmer and Monsanto?

What has America lost, as a whole, due to the human beings that are not here and will not contribute to our families and society because of the use of this herbicide?

This silence must be broken. Mothers who have lost children must be heard, not threatened and denigrated. Females must be protected and afforded the right to procreate if they wish to someday.

Bayer/Monsanto’s product, glyphosate herbicides, and all other endocrine-disrupting toxic chemicals must NOT be allowed to be used in any capacity. High or low dose exposure, both can be life-threatening to our fetuses and the future of America. This is a matter of preserving the future of the human race. No amount of profit, no amount of money, will be able to replace what we have lost or will lose in the future if this is allowed to continue.

We ask you, women of authority, our female elected officials, to end Monsanto’s Assault on Motherhood.

We ask you to co-sponsor the Protect Our Children From Toxic Pesticides Act and insist that glyphosate herbicides are included. #ForOur Babies – the ones we lost and the ones to come.

Moms Across America and the American People