According to supporters of the bill, PACTPA eliminates about 90% of the toxins in the food supply and addresses the emergency exemptions and conditional registrations which have allowed 60% of the agrochemicals on the market to be used for decades without any safety testing.

Moms Across America director, Zen Honeycutt, states, “We are thrilled that our elected officials are addressing a myriad of major flaws with the current pesticide regulations. While this bill does not include glyphosate as of now, the most widely used herbicide in the world, we applaud the fact that it addresses most of the toxic agrochemicals. Additionally, it closes loopholes in safety regulations and protects not only our children but farmworkers as well. This is a bill that every politician can get on board to support.” 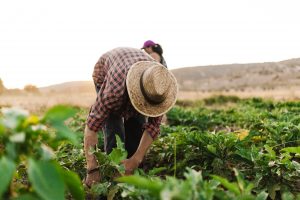 An excerpt from the PACTPA press release packet reads:

Each year, the United States uses over a billion pounds of pesticides — nearly a fifth of worldwide use. Once they’re approved, pesticides often remain on the market for decades. That’s true even when scientific evidence overwhelmingly shows a pesticide is causing harm to people or the environment. In 2017 and 2018, the Environmental Protection Agency registered more than 100 pesticides containing ingredients widely considered to be dangerous.

Approximately one-third of annual U.S. pesticide use — over 300 million pounds from 85 different pesticides — comes from pesticides that are banned in the European Union. The pesticide regulation statute, the Federal Insecticide, Fungicide and Rodenticide Act of 1972 (FIFRA), contains many loopholes. Those loopholes put the interests of the pesticide industry above the health and safety of people and our environment.

The Protect America’s Children from Toxic Pesticides Act of 2020 (PACTPA) from Sen. Tom Udall (D-N.M.) and Rep. Joe Neguse (D-Colo.), would provide desperately-needed improvement to FIFRA that would better protect people and the environment and calls for the following:

Regarding point number seven, incidents such as the shocking reversal of the Maui vote to ban glyphosate herbicides from the island would be prevented. However, if this bill were to pass it would prevent additional corruptions of justice such as what happened in Maui. There the residents overwhelmingly voted by clear democratic process, to ban glyphosate from their island. Despite this, the courts overruled their vote, stating federal and state laws.

Pediatrician, Dr. Michelle Perro, author of What’s Making Our Children Sick?, who has supported the recovery of thousands of children from exposure to environmental toxicants stated, “We must reduce the exposure of toxicants to our children. We are in the midst of a health epidemic. Unfortunately, agrochemicals are at the top of the list of major contributing factors to health issues in children today. This bill, if passed, would be a crucial factor in reducing harm to the most vulnerable population, our children, and reduce healthcare costs. A bipartisan bill that places our children’s well-being as a priority over agrochemical business profits would be a welcomed progressive change.”

Certainly, the passing of this bill would  be a huge step. Undoubtedly, it would take us in the direction of a safer, less toxic food supply. Subsequently, that would reduce health care costs, strengthen our economy, and support future generations of Americans. Moms Across America and many consumer groups call upon our elected officials to be co-signers on this bill.

You can take action and ask your representatives and senators to co-sign this bill today by clicking here.