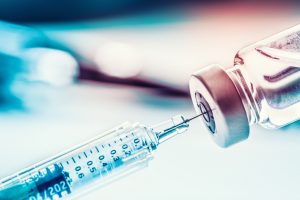 Moms Across America finally received a response back from the FDA via the CDC regarding our Freedom of Information Act (FOI) for any and all information they have exchanged or filed regarding glyphosate in vaccines. (See original report here.)

Their response is infuriating, unjust, and some might argue, potentially criminal. Consider doing the following to protect you and your family:

Over 50% of the pages from the FDA were redacted or blank!

Hiding information from the public on such a serious and harmful issue can only be described as corruption.

We urge you to BE THE MEDIA and share this information with a dozen groups, pages, and social media outlets.

We have had the video transcribed. Please share this information with any deaf friends you may have below.

Hi everybody, this is Zen Honeycutt of Moms Across America, and I am coming to you today with some really disturbing information.

I just got my Freedom of Information Act back yesterday from the CDC and I’ve now submitted this information to lawyers. What has happened is that I submitted a Freedom of Information Act to the CDC and the FDA a little over three months ago because I wanted to know about any and all: records, documents, memos, advisements, statements, letters, rules, laws, policies, lab results, tests, agendas, minutes, or any other form of mention of glyphosate or glyphosate-based herbicides in any and all vaccines. Moms Across America tested five childhood vaccines and found glyphosate positive in all five of them. You can get up to speed with that story here:

The response that came back said vaccines are totally safe. They did not answer our question when they responded about whether or not they would test for glyphosate in vaccines. In fact, they just completely did not answer the question at all. They just said vaccines are highly tested…very safe. A big problem, right? The FDA also came back and said that they were discontinuing further testing for glyphosate in anything…they said anything because they questioned the reliability of the methodology.

Now, why do you think they would do that? Why would the FDA suddenly stop testing everything for glyphosate the same week that I got a letter from the FDA which skirted the question regarding glyphosate in vaccines? I think what happened is that the FDA ( or the manufacturers) did indeed test for glyphosate in vaccines and they confirmed what we found. They found glyphosate in all of the vaccines. And, they know the implications of that. That would ruin the pharmaceutical industry.

For those of you who don’t know, glyphosate has shown to break down the blood-brain barrier, and allow toxins into the brain. Toxins such as aluminum, mercury, polysorbate 80, formaldehyde, and the many, many others in vaccines which you can find listed on the CDC website. There are also the co-formulants that are in the glyphosate herbicide, which have been found to be a thousand times more harmful.

I believe the FDA found glyphosate in vaccines, and they don’t want to release that information to the public. Therefore, they are just no longer going to test for glyphosate in anything anymore. Because of this, I requested a Freedom of Information Act about 4 months ago to find out what happened. (www.foia.gov). I received responses back stating that they were going to be working on it, so I know they looked into it.  The CDC sent me a letter about a month ago claiming it is not their issue but rather the FDA’s issue!

Yesterday, I received a letter from the CDC saying that we are giving you the information that we got from the FDA. I got fifty-six pages; FIFTY-SIX PAGES. It says some pages contain records that originated with the FDA and are obscured. After careful review of these pages, some information was withheld from a release pursuant to five USC 522 exemption. So what does that exemption look like? Blank pages! Every once in a while, we see an email saying “We need to respond to this, what do we say?” And then, more blank pages…more blank pages! What is the FDA hiding? What did they say? Why are they doing this?

They say that information held under this exemption is protected under the deliberative process privilege. This protects the decision-making process of government agencies and materials that are both pre-decisional, and deliberative.  The information withheld consists of draft documents. So whenever they are thinking about something or deliberating over it, they don’t have to release that information. They only have to release the decision that they made about it. So what decision did they make about it?

Then what they get into is the other scientist’s information, his name is Samsel. He did his study independently, (from Moms Across America’s study as well).  He tested fourteen vaccines. They only mention his science. They don’t show any documents of the test results that I sent them. No do they show any of my letters. All they talk about is the letter that Samsel sent them and my results. His results are pretty high, and pretty damning, as well. So they show me that, but I’ve seen that already. Then they say, “We’re getting more public inquiries on glyphosate, and we decided to develop a general CDC response that we can recycle. Attached is a draft of the standard response that we plan to use when these inquiries come in. These are individual responses to public inquiries and not an official CDC control correspondence.”

So because that’s a draft, what do I get to see? Nothing. I get blank documents.  They get to hide their decision-making process, what they are saying, who they are collaborating with and they are legally protected. So is this freedom? Is this a Freedom of Information Act? do they think this is democracy? I’m asking if this is what we are paying for with our tax dollars?  I don’t think so. I think that more of us need to do Freedom of Information Acts. We need to get more lawyers on board. We need to make sure that the public is who is paying them with our tax dollars is holding the FDA accountable to do their job. Because we allow them to do it with our tax dollars,  we need to be able to see the information, and what goes on inside the FDA.

As I said, glyphosate in vaccines means it’s breaking down the blood-brain barrier and is allowing the toxins into the brain. I’ve got to say this, mercury has been in vaccines since 1929. There was no huge spike in autism in 1929. The huge spike of autism came when glyphosate and GMOs were introduced into the food supply in the late 1990s. It is in the animal feed supply. The animals eat grains with over four hundred parts per million of glyphosate.  Those animals eat those grains. It goes into their tendons and their bone marrow. Those tendons are ground up and made into gelatin.  Gelatin is in vaccines.

I just looked at a high dose flu shot. Gelatin is right in there. I believe my father was vaccine damaged last fall because there’s gelatin in that flu shot. He had to get surgery. He almost died, and I am mad about this. I am mad that they know that glyphosate is in vaccines, and they’re not protecting the public, and so we need to do something about this. I am asking you to share this. We need you to comment. Additionally, we need other people to do Freedom of Information Act Requests for the CDC and the FDA, but most importantly, we need to educate each other.

Glyphosate got into the animal feed supply and into our food in the late 1990s… ( same time as autism spike) Glyphosate weed killer is destroying the gut bacteria, and it’s breaking down the blood-brain barrier. Both of those cause mental, behavioral disorders; ticking, stammering…autism symptoms and our children are being damaged, and some of them are being permanently damaged. Enough is enough. This has to stop.

I’m asking everybody to please inform each other. Inform your doctors. If you can do a Freedom of Information Act, it takes a few minutes. Just Google “Freedom of Information Act,” and you can make the request to the FDA to find out more information. We are taking this to lawyers. You can be sure that we are not going to stop. There is no way that we will give up because the love for our children will never end, and you can count on Moms Across America. (We’ve got flyers. We just printed fifty thousand more.)

When we eat organic, this makes the farmers move towards growing organic. they’ll stop growing crops using GMOs and chemical farming. The animals that eat the feed will not be eating GMO glyphosate sprayed grains anymore, and we can potentially get glyphosate out of vaccines. When we do that; I’m not saying that’s going to end all the problems, and I’m also not saying that’s the only thing that’s harming our children, but it will reduce the ability for those toxins in the vaccines to cause harm. (They also have to take out Polysorbate 80 because it also contributes to the factor.)

Please share our movie, Communities Rising.  I’m so happy to see so many of you know about this and I know you’re doing something about it. Protect your kids, protect your family, share this, and raise awareness. We’re not giving up.