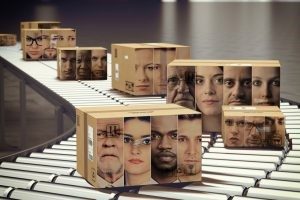 Our society has built multi-billion-dollar industries assisting people from the outside in while ignoring one of the most fundamental elements of nature – the need to work from the inside out.  There is a place for both, but it is a balance between Mind, Heart, Body, and Soul.

The spark that renewed my interest in my personal health came during a series of annual physical exams. I began to wonder why it was that I would go see my doctor, then he would order labs. Several weeks later, I would receive a generic form letter indicating that everything was normal, accompanied by the lab results. As I looked at the results, I noticed that there were a couple of markers that were on the high side of the normal range. In other words, it wouldn’t take much to push me into a place I didn’t want to be. I changed things up and asked my doctor to order my labs first, then we could discuss them at my annual exam.

After a couple of years of keeping my areas of concern in check, but not making much progress, I asked my doctor why I was still on the high side of normal and what we could do. His immediate response was to prescribe medication. That was it! There was no way that in my early forties was I going to begin fixing my issues with pharmaceuticals.  I began seeing a naturopathic doctor and following his retirement, I became a patient of a practice focused on longevity.  The premise of the clinic is that “normal” stinks!  Why?  Because “normal” in a typical 65-year-old American means you are already in decline.  My goal and the goal of my doctor is for me to be optimal decades past what our society perceives as the point of decline.

Simultaneously, a colleague was synthesizing 40 years of actuarial experience and personal coaching into a revolutionary program. The result was a series of Transformational Learning Exercises that assist in shifting the mindset with regard to aging, what is possible, and the action steps necessary to live a long, healthy, vital life.

I began using the program both personally and professionally with great results.

I am proud to be part of a movement, like the 100 Year Lifestyle, that shifts our society’s perceptions of aging and provides the tools to support it!  The impact that this could have on individuals, families, communities and the world is enormous.  Slowing down and giving up too early is the greatest waste of human capital ever!

The Culturally Conforming Conveyor Belt is a powerful force that exists in our society to fit in.  It is what largely drives the definition of “normal” and “acceptable” and serves primarily as a reason to settle versus Seeking, Striving, and Creating.

Finding Out The Truth

People think they do what they want, when they want, for their own reasons… but nothing could be further from the truth. The truth is, we live living under the influence of a false yet pervasively powerful set of false assumptions.  These assumptions include education, money, retirement.  The most dangerous, however, may be the false assumptions surrounding how long we are likely to live. Our lives are being shaped by well-meaning but very powerful authority figures who have bought into and defend these false beliefs.

Parents, siblings, friends, teachers, coaches, religious leaders, government institutions, healthcare providers, political entities, the media, and all those companies trying to sell you stuff! They all are part of the massively powerful cultural forces dominating how people actually live their lives. We are being persuaded – even coerced – by unverified, obsolete and destructive false concepts of how we “should” age. Concepts that have nothing at all to do with what science proves aging actually is.

From a very early age, people are taught to suppress what’s truly possible and become a good rider on the Culturally Conforming Conveyor Belt™.

No one tells what is waiting at the end of the ride.  Obedient riders are likely to face early disengagement, accelerated decline and premature death.

The good news is you were born with everything you need to rethink, redefine and reinvent the best years of you life… starting now!

You just need the support and structure to break free.