The Magic of Mushrooms

Before you get too excited, I didn’t say Magic Mushrooms. Even though mushrooms have been shown to help heal the mind, we are focusing more on nutritional and health properties of mushrooms.

Besides being delicious, mushrooms have some nutritious qualities that make them quite appear to be magical and powerful. Many mushrooms are used in alternative health care because they can be anti-viral, anti-inflammatory, antibacterial, fight cancer, increase brain power, brain regeneration, and contribute to overall health.

Low in calories and fat, mushrooms contain a modest amount of fiber and over a dozen minerals and vitamins, including copper, potassium, magnesium, zinc and a number of B vitamins such as folate. Mushrooms are also high in antioxidants like selenium and glutathione, or GSH, substances believed to protect cells from damage and reduce chronic disease and inflammation.

Oddly enough, mushrooms are closer to the Animal kingdom than to the Plant kingdom. This is exactly what makes them so beneficial to humans. Mushrooms can experience some of the same diseases as humans and must create their own immune system, which we can utilize.

The most powerful component of mushrooms is Beta-Glucans and Polysaccharides, which help the body attack cancerous cells and boost immune function. Beta-Glucans are complex sugars that empower the Immune system allowing it to kill pathogens, viruses, bacteria, and cancers much faster. Polysaccharides attack cancerous cells in the body. These mushroom beta-glucans have also been shown in animal studies to decrease body weight, glucose levels, cholesterol and triglycerides in diabetic mice. The beta-glucans also appeared to have a very positive biochemical effect on insulin receptors that equated to improved insulin sensitivity.

You can buy mushrooms in most grocery stores although the ones listed here are harder to find. Many are available in supplement form from companies like Sun Potion. If you decide to search forage for them on your own, make sure you do some research as many mushrooms in the wild can be dangerous. A great resource on Facebook is the Mushroom Identification Page. This online community is passionate about mushrooms and helping individuals educate themselves and identify mushrooms that are good for you.

So, let’s take a look at some of the best Mushrooms out there: 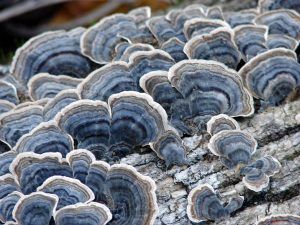 This mushroom has been used for medicine dating back to the 15th century! This mushroom is known specifically for its anti-Cancer power. But recent research has shown its incredible power for gut health. This species supports beneficial bacteria while suppressing inflammatory species. This species has also been shown to increase survival rates in chemotherapy patient by 60%. 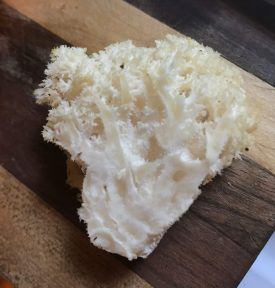 One of my favorites, not only for medicine but also for eating. Lions mane is a game changer for the brain and can help give you an edge on competition. It has many benefits including:
Increasing brain function
Nerve regeneration via Nerve Growth Factor
Helps Parkinson’s and Alzheimer’s patients
Fights Depression and Anxiety
Boost immune system
Decrease Inflammation
Improve Circulation 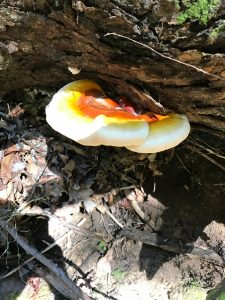 Reishi is known as the Mushroom of Immortality and has been revered in Traditional Chinese Medicine since the discovery. This mushroom has been proven in clinical studies to have a strong anti-inflammatory effect that also works to balance blood sugar and regulate blood pressure. In regards to the immune system, Reishi boosts three key modulators (TNF alpha, interleukin-1-beta, and interleukin-6) that naturally seek out and destroy cancer cells and inhibit angiogenesis, the growth of new blood vessels that feed cancerous tumors. Reishi also helps to improver liver function and detoxification. 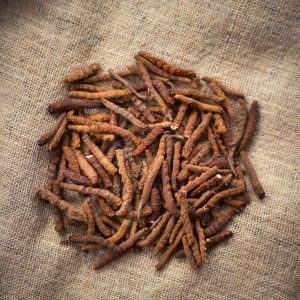 Cordyceps is known for its Anti-Aging effects and increase in athletic performance. The anti-aging effects come from its ability to stimulate ATP production, ATP is the source of our body’s energy. It has also been shown to help heal Autoimmune type diseases including Leaky Gut syndrome. Cordyceps boosts athletic performance by fighting fatigue, treating muscle aches, and preventing muscle weakness. It is also known as a natural aphrodisiac by increasing blood flow and oxygen concentrations. 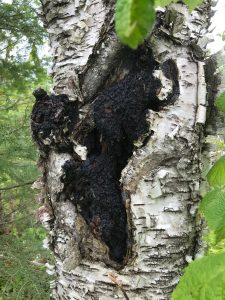 This mushroom is so versatile and incredible at treating many issues from chronic inflammation, skin diseases, rashes, bacterial and viral infections, you name it. Chaga is also incredible for exercise as it increases glycogen, fuel for muscles, and decreases lactic acid levels in the bloodstream. Chaga can also be used in combination with coffee to prolong the effects of caffeine but without the jitters.

Being proactive with your health by taking advantage of these mushrooms and utilizing Chiropractic Lifestyle Care is a game changer. Help your body help you by empowering your Nervous System, keeping it free from interference and also giving it the nutrition it needs to thrive. These mushrooms can be a potent supplement to help you live your ultimate 100 Year Lifestyle.