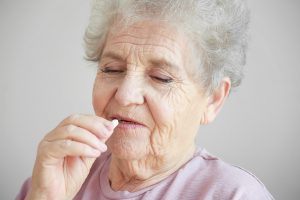 Unfortunately, she was injured during the birth process. Pulling and twisting on her neck and spine caused a vertebral subluxation, placing pressure on her spinal cord and nerves. Since there was no bruising that was visible on the outside of her body, the injury went unnoticed. The newborn went home from the hospital on time.

Underneath her skin, this injury caused a disruption of the nerve supply between the brain and the body. As a result her internal communication signals became distorted. Her stomach became sensitive to foods. Additionally, her first year of life was filled with numerous colds and ear infections. Her parents and the pediatrician considered this to all be “normal.” She was given multiple doses of antibiotics and her symptoms came and went. Over the course of this first year, her underlying spinal injury caused her bones to develop unevenly, her nerve supply to be compromised, and her Innate healing capacity to be altered.

During her toddler years, she fell a lot through playing and exploring her environment. This repetitive trauma  caused additional areas in her spine to become imbalanced, causing more pressure on her nerves. While they were not enough to cause her a “backache”, the pressure was enough to cause her body to function abnormally. After all, research shows that nerve root compression can exist without pain and mild pressure can reduce nerve transmission. Deterioration can begin within two weeks.

As a teenager, she began to experience hormonal changes in her body which for unexplainable reasons were causing difficult menstrual cycles and severe acne.

Her caregivers labeled her as anemic since she was prone to overall weakness and dizziness. Her parents didn’t even think about removing the pressure from the spine and restoring the normal nerve supply to her body. Instead, they were scared into giving their child monthly treatments used for birth control. This symptomatic treatment approach seemed to work for a while, but each time she went off the hormones, their daughter’s symptoms became worse. Eventually, in her early 30’s, she suffered several miscarriages, was diagnosed with clinical depression and began taking an anti-depressant. As her symptoms and conditions multiplied, so did her medications. Even more significant, the pressure on the nerves had been there for decades of two weeks.

To make a long story short, what could have been a long healthy life, ended as a shorter, sicker one. This pattern of treating symptoms rather than eliminating the cause continued throughout her lifetime. Her body could never get centered. Her spine and nervous system were never balanced. Rather than thriving and enjoying good health, her body deteriorated over time.

The last decade of her life, she was unable to appreciate her family or travel far from home. Her savings dwindled while the cost of her medications and treatments rose. She spent the last 5 years dying a painful, deteriorating death in a nursing home instead of experiencing the quality of life that her body’s Innate Potential could have provided.

This woman’s story should not have started or ended like this. She didn’t have to be the 100-year-old woman who died at 82. An immediate spinal examination after her birth and throughout her lifetime may have contributed to a much different life. How may two weeks will you wait? Whether your destiny is to live to 82 or 100 years and beyond, make them quality years and enjoy good health every day along the way with Chiropractic Lifestyle Care.  Regardless of your age, Chiropractic Care will help you keep your spine and nerve system healthy and your body expressing its full potential.