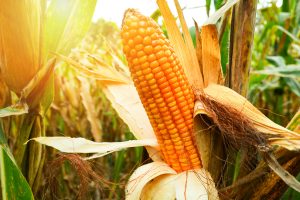 There is a stunning corn comparison when it comes to GMO versus non-GMO. The claim that “there is no difference between GMO corn and NON-GMO corn” is false. Yesterday while on a play date at the lake, Vince from De Dell Seed Company, Canada’s only NON-GMO corn seed company called me to support the march and Americans finding out about GMOs. He emailed me this stunning report, clearly showing the nutritional value difference between GMO corn and NON-GMO corn. I was floored. And at the same time, not totally surprised because Glyphosate draws out the vital nutrients of living things, and GMO corn is covered with it.

In a study that Dr. Huber reported, on Elizabeth Dougherty’s Talk Radio,  .97 ppm of formaldehyde showed to be toxic in ingestion to animals. This corn has 200X that! That is why the animals, given a choice will not eat it at all, they can smell the formaldehyde!

We will no longer be feeding our children food with nutritional deficiencies,  foreign proteins, toxins, sprayed with Glyphosate, or injected with pesticides. Nor will we be fed their lies of safety!

THANK YOU De Dell for sharing this report and supporting the Americas in GMO labeling and in going GMO-Free!

Check out this amazing and nutritional Podcast Interview with Ayurdevic Chef Smita Diya!