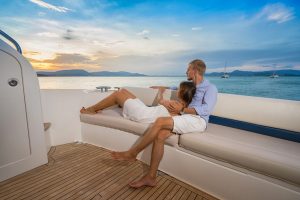 Wealthy individuals in the far west have a desire to live healthy to 100 years and beyond. In fact, wealthy Hong Kongers are investing in themselves and taking care to ensure that they age with health and vitality, rather than deteriorating into old age.1 This is The 100 Year Lifestyle way. Having health, wealth, and living to 100 is possible.

Wealth Is Not Enough

A recent global survey of the well-to-do by UBS Investor Watch revealed an astonishing nugget: Among high net worth residents of Hong Kong, almost 60 percent of them believe they will live to be 100 years old. The survey, reported in April by the South China Morning Post, shows a remarkable mindset among the most affluent in that dynamic metropolis, a mindset worth considering for a moment.1

Since the expected lifespan for residents of Hong Kong is 83 years—ranking seventh among nations globally2—it may not seem like irrational exuberance that the best off among Hong Kong’s citizens might do significantly better. Quite the contrary, as it is well known that the wealthy outlive their less affluent counterparts by a wide margin. Moreover, according to a 2015 study by the Urban Institute, higher wealth and income is associated with better health across every economic level.3 The rich tend to outlive the middle class, and the middle class outlive the poor. Projecting a longer than average lifespan in accord with one’s wealth aligns with the known facts.

But the survey revealed that the optimism of Hong Kong’s high net worth outstripped that of almost all other nations, including those in Singapore, Taiwan, and the United States. This raises two important questions. First, why do the wealthy live so much longer? And second, why are Hong Kong’s rich in particular so bullish on a 100-year and more lifespan?

Attitude is key,4 which includes the personal responsibility to make self-care, fitness, and a healthy lifestyle a priority. Behavioral factors, better access to health care, safer neighborhoods, and lower stress play an obvious role in keeping the wealthy healthier. Further, in the case of the prosperous of Hong Kong, 90 percent of them responded that investing in and caring for their health was more important than increasing their wealth. They are putting their money where it counts.

People in the United States, while having the same innate life expectancy potential, rank a disappointing 53rd in life expectancy. Too many people spend the first half of their life trying to build wealth at the expense of their health, only to give it all back trying to regain their health later on. This is an unnecessary and painful path that can be changed by any individual who is willing to make the philosophical shift towards a more holistic way of thinking and living.

While the wealthy have advantages, everyone can capitalize where health is concerned by investing in their well-being, and cultivating a positive outlook. What can you do right now to get on the road to better health and start enjoying your healthy, wealthy 100 Year Lifestyle?

3 How Are Income and Wealth Linked to Health and Longevity?, The Urban Institute, 2015.