Fear as a Weapon 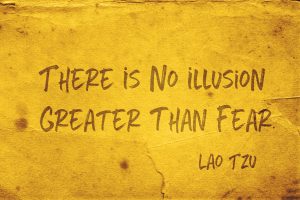 With all the LOVE and COMPASSION in my heart, I say to my phobic friends, YOUR FEAR IS BEING USED AS A WEAPON AGAINST YOU.

The actual pandemic numbers and science do not justify the level of fear that many people are experiencing. Is your phobia out of control? Do you know someone whos phobia is out of control, overusing antibacterial scrubs, soaps, sprays, everything? You do know that antibacterial does not affect viruses, yes?

By now, unless you have been hiding under a rock or are completely and totally in denial, we know that THE NUMBERS HAVE BEEN SEVERELY MANIPULATED (TO MANIPULATE YOU) from the beginning when we were told to expect millions of deaths.

As more people test positive, scientists – REAL SCIENTISTS WITH NO CONFLICT OF INTEREST – have determined the mortality rate of infection to be significantly less than that of the seasonal flu – 0.04% MORTALITY WITH 0% MORTALITY IN CHILDREN. I have shared a couple of videos from these scientists in the body of this article. Unfortunately, censorship is hiding many of these researchers’ important messages!

Certainly, WE ALL MOURN the loss of loved ones. All of us. People that pass on from…

“BAD FACTS LEAD TO BAD DECISIONS!” said Jim Collins in his bestselling book Good to Great. Not only have we received bad facts, but we have also been told outright LIES, ABOUT C. ov. id FROM DAY 1.

The TRUTH must prevail. And for the truth to prevail, YOU have to be willing LET GO OF YOUR FEAR – FALSE EVIDENCE APPEARING REAL – and not allow this false evidence to run your life.

Informed Consent is a must!

And certainly, this false evidence should not run our country, states, cities, and townships!

If you are a phobic person, this is what you should really be afraid of, especially if you have children!

And if you are unwilling to get over your false evidence appearing real, then it’s important for you to know that there are tens of millions of others who will not allow themselves to be shamed or controlled by YOUR fear.

It’s time to stand up for truth, this country, and its values.

As I write this article, I am super inspired to go to work today to empower more people to adjust their lifestyles, balance out their nervous system, strengthen their immune system, believe in themselves, and live without fear.