The Power of Positive Self-Expectancy 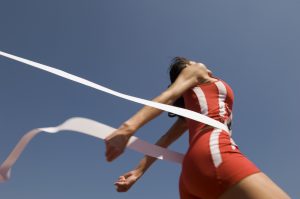 As we approach the ideas and strategies that will help make this the best year ever for you, let’s consider the power of positive self-expectancy. It’s an attribute that I’ve seen help countless people over the years since the launch of my classic audio program The Psychology of Winning produced by Nightingale-Conant.

Positive self-expectancy is the first, most outwardly identifiable quality of a top-achieving, winning human being. Positive self-expectancy is pure and simple optimism: real enthusiasm for everything you do. And optimism is expecting the most favorable result from your own actions. There never was a winner who didn’t expect to win in advance. Winners understand that life is a self-fulfilling prophecy. And they know that you usually get what you expect in the long run. So winners accept the belief that hope and a deep, unbreakable faith — forged into a fundamental attitude of positive self-expectancy — is the eternal spring from which all creative, motivating energy flows.

The idea that faith conquers all has been verified from biblical times to current-day medical histories to daily stories of heroism and come-from-behind victories and “rags-to-riches” success we read about every day in the newspapers. They’re human biographies of greatness we read about, hear about, and watch on TV. And we marvel over these special people who pull themselves up by their own bootstraps.

Let me ask you this. Did it ever occur to you that you, also, are one of these special people?

Well, you are! You see, most of the real winners in life are so busy contributing, they don’t even think of seeking publicity for their acts. Most of them are discovered by the media, caught in the act of winning. Only a few famous people are winners, and only a few winners will become famous people. That’s because success is a very individual thing. Success is the way you spend your minutes doing your best for others. It is the way you take the talent you were born with, and the knowledge and skills you have since developed, and use them fully, toward a purpose that makes you feel worthwhile, according to your own individual, internal standards.

“I have personally listened to Denis Waitley’s The Psychology of Winning at least a dozen times. In this crazy insane world of cool, new, untested ideas, it’s great to have these timeless principles on your side. I hope it makes a difference for you!” Dr. Eric Plasker 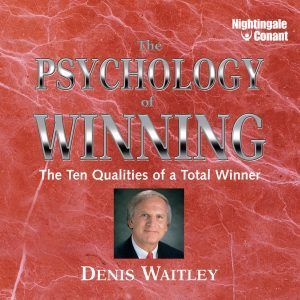 As a behavioral scientist studying the lives of thousands of winners and losers, I find that “psycho,” the mind, is your own best fortuneteller to forecast the actions of “soma,” the body. And understanding this mind-and-body, psychosomatic relationship is the key to understanding the importance of the first, most outwardly identifiable quality of a winner: that of positive self-expectancy. Winners expect another good day, a promotion, a raise, to find a parking place, a productive meeting, and a harmonious family life — and they usually get them. Winners know that their actions will be controlled by their current obsessions. Losers generally expect more of the same frustration, more problems, the loss of a job, a dull evening, bad service, and failure. Most importantly, losers expect to feel bad and get sick — and they do.

Careful studies of the life histories of thousands of widely differing people have shown that the probability of health changes, such as sickness, accident, even pregnancy, can be predicted. We are learning that all disease is not necessarily caused by germs. All of us have germs, but only a few become ill as a result. Instead, the cause of disease is loosely linked with the way individuals react to life. The link between stressful life changes, expectant anxiety, and health changes seems to be associated with the body’s immune system, which makes antibodies to fight foreign material and germs. Situations that arouse fear and anxiety suppress antibody productions as well.

Distrustful situations may also upset production of hormones, which have a role in emotional balance. An emotionally upset individual is much more prone to accidents.

But what does all this have to do with positive self-expectancy and winning attitudes? Simply this: Mental obsessions DO have physical manifestations. You do become that which you fear. Also, you get what you suspect. And, you are that which you expect to be. This power of the self-fulfilling prophecy is one of the most amazing phenomena of human nature. What do you expect for yourself? You should expect the best. The winners in life, believing in the self-fulfilling prophecy, keep their momentum moving upward by expecting better jobs, more money, good health, better family relationships, financial security, warm friendships, and success.

All really successful individuals fervently desire and expect to win — no matter what curve life throws at them. Think about Helen Keller, who graduated magna cum laude and devoted her entire life to the service of others, although she had been deaf and blind since infancy. Franklin Delano Roosevelt had polio. The modern artist Matisse created some of his best work when he was nearly blind, aged, and bedridden. A young woman named Patti Catalano overcame the self-destructive habits of overeating and chain-smoking to become one of the top 10 marathon runners in the world. I remember a little girl who took her optimism from the back streets of Harlem to the center court at Wimbledon — Althea Gibson. In spite of their handicaps, they expected to do their best. They wanted to achieve and expected to excel.

But there’s more to positive self-expectancy than meets the eye. Medical researchers have discovered that the body produces natural morphine-like substances that operate on certain receptor sites in the brain and spinal cord. These natural internal opiates are called endorphins. Secreted and used by the brain, endorphins reduce the experience and screen out unpleasant stimuli. In fact, the presence of endorphins actually causes the feeling of well-being.

In one related study, actors were wired to electrodes and connected to blood catheters. They were then asked to perform various scenes. When they portrayed characters who were angry or depressed, endorphin levels dropped. But when the scene called for emoting joy, confidence, and love, endorphin levels shot up dramatically. Science has shown that positive thoughts produce endorphins. Endorphins, in turn, encourage feelings of optimism and well-being. So it works both ways. You sing because you’re happy, and you’re happy because you’re singing. Sixty to 70 percent of the population who visit physicians are sick as a result of an emotional feeling of stress because of the pressure they feel from life. That’s why it’s critically important to remember that the key to winning positive self-expectancy is to understand that in the long run, every individual receives just about what he or she expects. And if you have faith that if you do things the right way, you’ll be rewarded accordingly — you’ll be a winner!

Optimism is a Way of Life

Some techniques for generating a greater attitude of positive self-expectancy include the following: First, look at problems as opportunities — search for the favorable aspects of every situation. Next, learn to stay relaxed and friendly, no matter how much pressure and tension you’re under. In the beginning, it’s likely that you’ll have to fake it. But the truth is that both calmness and courage are learned habits, and there’s no better way to learn a good habit than by actually getting in and doing it and living it. Next, and this is very important, in dealing with other people, instead of griping, try praising. In place of cynicism, try optimism. Instead of being unhelpfully critical, try being constructively helpful. You know these are learned habits, too. And everyone is dependent on others for at least part of their own positive self-expectancy.

And next, get excited and enthusiastic about your own dream. This excitement is like a forest fire. You can smell it, taste it, and see it a mile away. Everybody loves a winner. But nobody crowds around a loser’s locker room. Don’t run around with the doomsayers who look up and shout that the sky is always falling. Optimism and realism go together. They are the problem-solving twins. Pessimism and cynicism are the two worst companions. Surround yourself with the “no-problem, can-do” type with big dreams like your own. It’s the excitement of the big dream that carries you through the setback that you encounter. The single most outwardly identifiable quality of a winner is positive self-expectancy — optimism. It’s the key to good health. It’s the key to happiness, and it puts the favorable inclination toward the achievement of every goal you set. Positive self-expectancy is the winner’s edge.

Article by Denis Waitley.  Printed with permission from the Nightingale-Conant Corporation © 2008