Austin Runs a Mile. Says F**K You to Dying! 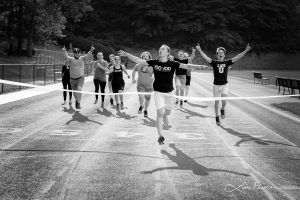 Well, when Austin woke up on the morning of August 5 a decade ago, he was just like many other 18-year-old teens. During the late afternoon that day, however, a freak accident occurred. Austin was severely electrocuted and nearly died. In fact, he did die, and came back. Twice! His life was changed forever!

Now, 10 years to the day later, Austin is getting his life back and running a mile. We are on the track at Life University in Marietta, GA together withhold parents Dr. Karolyn and Paul Surmont, as well as his four brothers and fellow Life U students – Spencer, Derek, Devon, and Vincent – having this conversation right before he attempts his comeback run.

You can hear Austin share his inspiring story in his own words on The 100 Year Lifestyle Podcast.

Dr. Plasker: Hi Austin! What a special day for you and your family. What’s the significance of running a mile today?

Austin: The significance of running the mile today is getting officially the stamp on the piece of paper that says, “I got my life back.” I still have a long way to go, but for the last 10 years, after growing up an athlete, I haven’t been able to do half a mile, and doing the training for the last year essentially every day, this is my stamp on the 10-year anniversary of the accident that got me where I am. You’re getting better.

Austin:
Clearly, I was waiting for help. Actually, I don’t want to say I was waiting for help. I was getting help, but I wasn’t getting help in the way that my body was ready for it at the time. I had a Workmans’ Comp case that fell through because my case is so rare that there was no supporting evidence. When that fell through, it took me probably two months just to cope with that, to make sense of the whole thing. Then, I got to a point that I said, “The only way that I’m going to get better is getting better myself and taking it into my own hands and not waiting for other people to help me” After losing 10 years of my life, I was like, “I’ve lost the 10 years, the best 10 years of my life.”

Austin:
Until the next 10, but those are the prime years. That’s when you’re supposed to be going out and having fun with your friends and doing stupid things that you’re supposed to do, and I didn’t get any of that, and when I realized that I had lost all of that time, that I was never going to get back, it was like, “All right. It’s time for me to take it into my own hands.”

Dr. Plasker:
What have you learned about yourself? 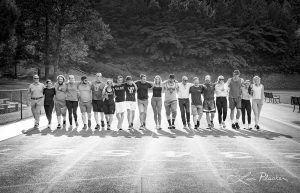 Austin:
Determination goes a long way. If you would’ve asked me a year and a week ago if I was going to be able to run a mile, be in school again in a year, I would’ve said, “Absolutely not.”

I started out with such baby steps that it seemed like an insurmountable goal to run a mile and just putting in the work day after day, day after day, just seeing those little, tiny increments. You’re increasing your distance 50 yards at a time. It takes a long time, but to finally be at the day where it’s happening today, it’s huge. 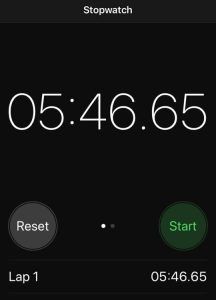 Well, you’re an inspiration to a lot of people. You’ve got your family here, a lot of friends and a lot of love surrounding you. We’re on your side. Can’t wait to see you cross the finish line.

Austin ran the mile in 5:46.65, five minutes and fourty six seconds, as clocked by Life University’s VP of University Advancement Dr. Gilles LaMarche. That’s a very fast pace and better than most. Everyone in attendance received a bottle of champagne to simultaneously pop the cork and celebrate with Austin and his family.

When he crossed the finish line, this loveable, clean cut, kind, gentle young man screamed with passion, “F**k You to Dying!” Hence, the title of this piece.

Austin saw several different chiropractors utilizing different techniques at different times throughout the course of his healing including Full Spine, Logan Basic, Toggle, BGI, Network and NET.  He also did some Functional Neurology work and experimented with different foods and supplements. He even did some cold laser therapy. His mom, Dr. Karolyn Surmont, is about to open her chiropractic office in Florida using many of these techniques, as well as teaching the principles of The 100 Year Lifestyle as an Affiliate office.

Austin got a second chance and is making the most of it. He is on his way!

To enjoy Austin’s inspiring story including many of the healing, vitalistic and chiropractic health strategies he used, listen now on The 100 Year Lifestyle Podcast.