The health industry has a history of coercion and sharing deadly medical advice. There are things that at one time the medical community claimed to be good for us. Those things are now seen for what they truly are, unhealthy products and behaviors. Worse yet, they were touted by “experts” to a trusting population.

On the Vaccine Risk Awareness website there is an article, “Stupid Medical Advice Which Has Been Consigned to History Books,” which states: 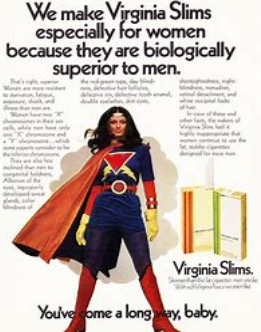 Since the inception of medical practices, there have been many treatments which were thought to be as vital and necessary as vaccination, which were subsequently found to be harmful. Any person questioning the treatment would first be ridiculed, then there would be fierce opposition to him and a string of medical studies to back up the treatment. Finally, after many years, the medical profession would concede that in fact, it was harmful.

Just because you have a differing opinion doesn’t mean you’re wrong. There is a history of people who have disagreed with prevailing opinion in all areas of life, including healthcare. Many of them have later been proven right. 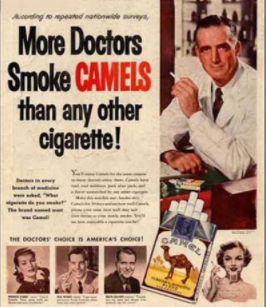 When speaking of deadly medical advice, tobacco and cigarette smoking come to most people’s mind. First discovered in 1492, tobacco was first commercially farmed in 1531. According to the University of Alabama College of Health Sciences:

By the 1930s, cigarette advertisements were appearing regularly in medical journals, including the Journal of the American Medical Association (JAMA) and The New England Journal of Medicine in the U.S. and The Lancet and the British Medical Journal in the United Kingdom. Until 1953, JAMA accepted cigarette advertisements that encouraged physicians to recommend certain brands to their patients and that touted health benefits for filtered cigarettes and for brands with less nicotine.

It wasn’t until the 1940’s that the first studies on smoking and lung cancer began to emerge. In 1966 the Federal government mandated that cigarette packs have a warning label from the surgeon general on them. 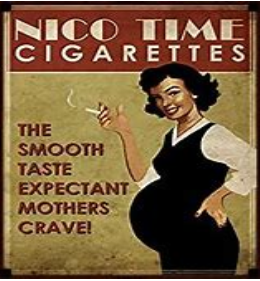 While the list of absurd and deadly medical advice goes on and on (do a web search if you are curious), each was successful for the same reasons: authority figures such as doctors or government institutions said something was good for us, lots of money was put into advertising to create compliant behavior in all of us, and most of us stopped thinking for ourselves. 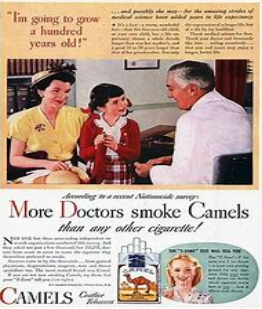 How are things that happened decades or even centuries ago any different from what is happening today? Today we know that cigarette smoking is bad for our health and even deadly. No one even thinks twice about this well known fact. What we have let slip our minds are the industries that spent millions of dollars in advertising, and yet, still made more in profits in selling us those addictive products.  Products which they knew at the time were bad for us. These companies hid evidence, lied, and manipulated in the pursuit of profit. Their concern was for their shareholder, not their fellow humans, be him/her a stranger, neighbor, friend, or family member. There was an agenda then, and there is an agenda now. The players may vary, but the game is the same, and there is still an agenda.

I’m going to say it again. Where there is a risk, there must be a choice—a well informed and free choice. 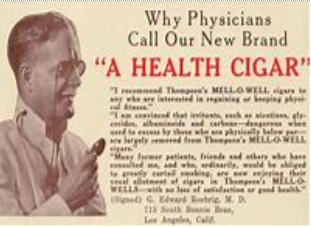 The 100 Year Lifestyle is committed to providing you with the resources you need to make informed choices so you can live your best and longest life possible. More in-depth articles will be coming your way soon. In the meantime, if you want to speak to a local provider directly about how to make the best decisions for yourself and your family, schedule an appointment today!