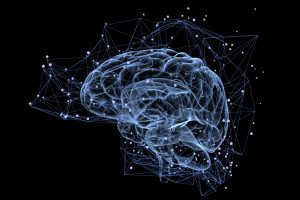 “Use it or lose it” is a common phrase we’ve all heard. Especially in connection to our brain activity as we age.  As the population’s biggest generation ages, concerns about Alzheimer’s and dementia are growing. And science is racing to find cures or treatments to ameliorate the decline in our brain function as we get older.

A new study is pointing in a different direction, however. This study examined postmortem brain tissue from people who lived past their 70s. They checked for what made them different from people who died younger.  The study, published in the journal Nature, suggested that working our brains too hard could be harmful.  “The thing that is super unexpected is … limiting neural activity is a good thing in healthy aging.  It’s very counterintuitive.” states Michael McConnell, a neuroscientist who analyzed the study’s findings. So perhaps the phrase should not be “use it or lose it” but “quiet it and keep it.”

The study conducted at Harvard Medical School found people who died in their mid-80s had lower levels of a protein called REST.  REST is the RE1-Silencing Transcription Factor or the Neuron-Restrictive Silencer Factor. It is a protein in humans that acts as a repressor.  Defects in REST have been tied to neurological dysfunction. For example, Huntington Disease and seizures. And it tamps down genes that spark brain activity.  Increased levels of REST have been shown to be protective against Alzheimer’s disease. In this case, REST was lower in people who lived shorter lives.  And higher in the very oldest people.

The results of this study led scientists to conclude that overactivity or over-excitement is not good for the brain. “You want neurons to be active, when and where you want them to be active, not to be just generally firing off,” said Cynthia Kenyon, Vice President of Aging Research at Calico Labs.

It’s not known yet how the differences in brain activity at a cellular level will assist science in treating or curing Alzheimer’s. But it gives an interesting perspective on our brains and what was previously thought to be true. The research team at Harvard is following this study to see if manipulating REST with drugs could lead to new ways of treating cognitive decline in the aging population.

This research is also leading scientists to question whether alternative interventions such as mindfulness and meditation, which calm neural rhythms and quiet our brain, might work as a treatment for early memory loss.  Previously conducted studies have shown that meditation can increase gray matter and slow age-related decline in the brain.  Meditation also has the added benefits of helping us feel calmer, happier, and less stressed.  Meditation also has a positive impact on attention, memory and general cognitive function. And may inhibit cognitive decline in older people.

Utilizing the BrainTap Pro App is a great way to practice meditation easily and without effort on your part.  We call it “meditation done for you.”  All you need to do is sit back, relax. As well as, allow the sessions to do the work for you. Reap the rewards of less stress, a healthier brain and better memory as you age.  For more information on the BrainTap and how it can help you, visit https://braintap.com/the-science/.

For a FREE trial of the BrainTap Pro App click HERE now.