Survive Against All Odds 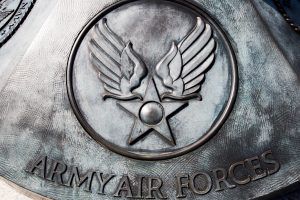 Centenarian Major General Thomas F. Rew is a pilot, husband, father, grandfather, great-grandfather, a dear friend to many, and a lifelong athlete. He is also a two-star strategically defining American military commander.  He credits his father with his instinctive determination “to survive against all odds.”

His father, Thomas J. Rew, was a British sailor in the Royal Navy who survived the sinking of three different torpedoed ships during World War I. That’s a life most of us today can’t fathom. His son Tom was born in Brooklyn, New York in 1922, and enlisted in the U.S. Army Air Forces in 1942. After an amazing career of service during difficult and turbulent times in our country’s history, this pilot, commander, and trainer, was promoted to the two-star rank of major general in 1976, backdated to 1973. During his distinguished career he received numerous awards and recognitions, including the Legion of Merit and the Distinguished Flying Cross.

Upon retiring, Tom and his wife moved to take care of his aging parents until their death.

The Rew family is a military family with a tradition of service, including Tom’s two oldest sons, both retired Air Force Officers, and his granddaughter Kathryn who is an active Air Force captain.

Tom, at 101, is still very active. He attends church, plays racquetball three times a week – and still flies airplanes. “The keys to life are never giving up and maybe playing a little handball,” says Tom.

Tom Rew is an amazing American who lived a life of service to his country and family. His longevity and ability to remain active and involved doing the things he loves with the people he loves are a testament to his lifestyle. He truly has survived against all odds. If you want a bit of a history lesson, and a peek inside an amazing 100 Year Lifestyle, keep reading.