Malpractice – The New Standard of Care 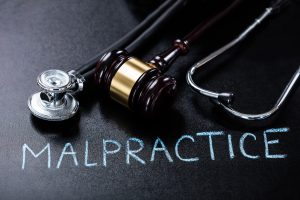 Leading Cause of Death

The medical industry today has lost its way. It has no compass. It is run by Big Pharma. Big Pharma has created a standard of care that itself is responsible for much death, injury, sickness, and side effects. As a result, our standard of care has actually become among the leading causes of death.

Here’s the breakdown. Annually, it is estimated that between 250,000 to 440,000 people die each year from “medical errors.” So, that puts medical errors among the leading causes of death.

“I don’t blame anybody – they’re just doing what makes sense and we have to change what makes sense.”
Don Berwick – Former Centers for Medicare & Medicaid Services Administrator

But, let’s be clear. These percentages are the breakdown of filed medical malpractice cases. Since the 1960s, the number of malpractice lawsuits filed in the US has been on the rise. Approximately 250,000 cases are currently filed each year. However, that figure is nothing when compared to the findings of a 2017 study done by the National Patient Safety Foundation where 21% of American adults reported having suffered from a medical error.

These actions all have lasting effects on the physical and emotional health of the patients and their families. Additionally, the financial well-being of everyone involved is threatened and in many cases destroyed.

So, how did we get here? Let’s be clear. We’re not saying that all healthcare providers are incompetent or evil. We’re saying that medicine in this country is no longer in the hands of the providers. The system has created legal medicine. As a result, the system answers to insurance medicine. Big Pharma is literally calling the shots.

What we have today is a medical industry built around profit-driven care, not patient-driven care. Undeniably, powerful forces have abandoned prevention in favor of quick, expensive, and often deadly fixes.

“I don’t blame anybody – they’re just doing what makes sense and we have to change what makes sense.” – Don Berwick – Former Centers for Medicare & Medicaid Services Administrator

Your healthcare is being governed by, actually dictated by, someone on the 87th floor of a building in another city who doesn’t see you as an individual. You are a number, a statistic. Your healthcare is based on a risk assessment or the latest fad prescription or injection. That’s why it’s so important to find someone in your community who you can trust to be your go to person. Your point person for your health and well being. Chiropractors strive to be that.

You Set the Standard

Are you interested in surrounding yourself with caring providers who put your health and wellbeing above all else? Are you unwilling to accept malpractice as your new standard of care? If you want your providers to listen to you and not a pharmaceutical rep or accountant, then find a 100 Year Lifestyle provider near you. Set a higher standard of health for you and your family today.