Got Monsanto’s Glyphosate in Your Lunch? 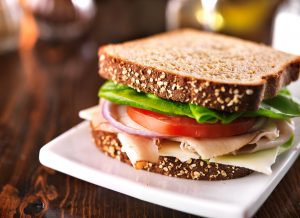 Got Monsanto’s glyphosate in your lunch?  New test results show the presence of Glyphosate, a proven neurotoxin and the declared active chemical in Monsanto’s Roundup, to be contaminating more and more American foods, many considered fit for a “healthy” lunch. Instead, we are finding that these foods are likely contributing to poor mental and physical health.

How much was present and is that amount harmful?

Conventional Almond milk batch testing contained glyphosate and AMPA (effective glyphosate) at low levels 0.87 ppb and organic almond milk contained 12 X less at .07 ppb, however, even the lowest levels, between .1 part per billion and  1 parts per trillion have caused endocrine disruption harm, which could lead to miscarriage, birth defects, infertility, sterility or stimulate the growth of cancer cells. However, glyphosate can bioaccumulate, so any amount consumed is harmful. Glyphosate herbicides are known to be sprayed in between the almond trees to prevent “competition” for water resources by grass or weeds. Plant pathologist Dr. Don Huber has explained that plant or tree roots can uptake the glyphosate and therefore glyphosate gets into the fruit, vegetable, or nut from the inside of the plant or tree.

Now we know conventional whole wheat bread is likely to have much higher levels of glyphosate residues. This is due to the fact that glyphosate is sprayed on wheat as a drying agent. The hulls on whole wheat then retain those residues. The processing of white bread means that the hulls, and therefore much of the glyphosate residues, would be removed. The contamination of organic bread is also of great concern. This could be happening through irrigation water, rain, or air. Reports of fraudulent organic labeling from imports have also been reported, confirming the call for increased funding for organic farming on American soil.

Conventional veggie burgers batch testing revealed 52.20 ppb of glyphosate herbicide. Organic veggie burgers contained 3.27 ppb, or 17X less glyphosate than conventional. This is particularly disturbing. Why? Because health-conscious consumers are spending far more money to be “healthy,” yet are eating harmful herbicides. It is likely that most non-organic processed vegetarian and vegan foods will be contaminated with glyphosate herbicides because, considering the 7,800 food sample test results from the Canadian Food Inspection Agency in 2017, the highest levels of glyphosate herbicide residues were found in garbanzo beans, white beans, lentils, buckwheat, bean, soy, and wheat flour as well as other grains that are often sprayed with glyphosate as a drying agent. These crops are commonly found in vegan and vegetarian foods. If they are not organic, or are fraudulently labeled organic, they will very likely contain high levels of glyphosate residues.

“100% Natural” Skippy peanut butter was found to have 11.71 ppb of glyphosate. Peanuts are one of the most highly sprayed crops in the world. Peanut crops are also the alternate crop to cotton, which is probably the crop sprayed with the most toxic chemicals on the planet. Peanut butter has long been a childhood favorite, but many schools now ban peanuts completely due to health hazards. Life-threatening allergies, especially to peanuts, have increased 400% since glyphosate herbicides were allowed into the food market…could it be that our children are really allergic to the toxic chemicals but their bodies connect that allergy to the peanut?

It is misleading for any food product to be labeled with “100% Natural” and to contain glyphosate herbicide, which has been proven to be neurotoxic, cause liver disease and endocrine disruption at ultra-low levels, and probably carcinogenic. Chemicals that cause these health issues are not natural, they are an assault on our body. Our food should nourish and support our health, not destroy it. 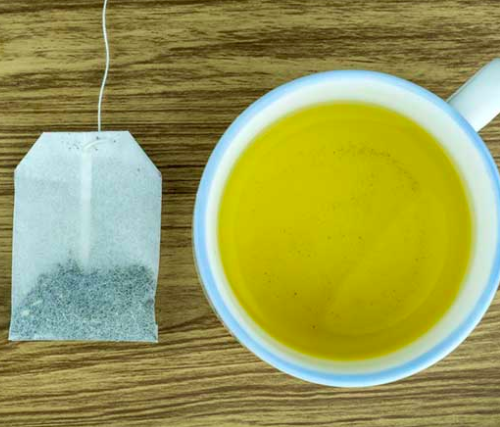 “100% Natural” Lipton Tea was found to have high levels. Lipton’s “100% Natural” Mint Tea had 108.90 ppb and Lipton’s “100% Natural” Green Tea had 208.29 ppb of glyphosate herbicides. Chemical companies have advised farmers to use glyphosate herbicides as a drying agent on tea crops just before harvest. The purpose is to speed up the harvesting process. The chemical company representatives told the farmers that this herbicide was safe. Glyphosate absorbs into the crop and residues on sprayed tea crops are allowed by the EPA to be as high as 1 ppm, an amount shown to be unsafe.  0.1 parts per million of glyphosate has shown to destroy gut bacteria, which is the stronghold of our immune system.

Tea drinkers have been led to believe that drinking tea is not just for relaxing. They have been told that it can improve many different health issues. Among those issues are stress, stomach disturbances, headaches, anxiety, and more. Consumers are not being told that their “100% Natural” tea will likely contain high levels of glyphosate residues. Now we know that drinking tea sprayed with glyphosate herbicides is likely contributing to many health issues, not helping.

Since glyphosate is being found to be present in tea and these other foods, it is likely that other toxins, such as arsenic and heavy metals might also be present, as a recent study by Seralini et al. showed these known poisons to be found in all of the glyphosate herbicides tested. The CA EPA Office of Health Hazard Assessment (OEHHA) placed glyphosate on the Prop 65 carcinogen list on July of 2017 and by July 2018, citizens and NGOs may be able to sue food manufacturers for not labeling their foods and beverages which contain high levels of glyphosate. Citizens should be able to sue for even nanograms of glyphosate in our food products, not just high levels. Why? Because ultra-low levels in the part per trillion have been shown to stimulate the growth of cancer cells. 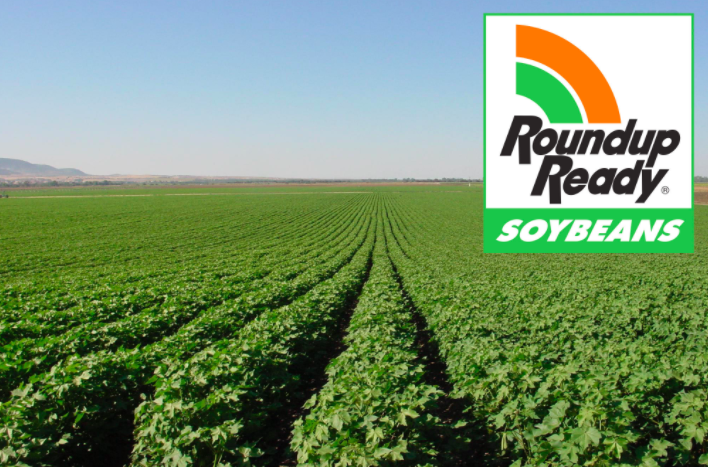 Monsanto and 11 states have sued the CA EPA OEHHA for listing glyphosate as a carcinogen and demand it be removed, claiming one reason is that having to label glyphosate-containing products, which may include many food products, could lead to a loss of profits. Moms Across America and the National Health Federation filed an Amicus Brief and pointed out that the Office of Health Hazard Assessment makes determinations based on impact to public health, not on impact to the profits to corporations. Meanwhile, Sri Lanka, Italy,  Austria, Germany, France, and six Middle Eastern countries have declared or begun to ban or restrict the use of glyphosate herbicides.

Our health agencies should put our citizen’s health first. They should do their jobs. If they did, food and beverages containing glyphosate would be labeled. And these agencies would be lobbying our government to ban glyphosate herbicides altogether.

Therefore, if food manufacturers value their customers health they will heed the warning from numerous studies. These studies, that have been published for years, show serious harm and death from glyphosate and toxic chemicals. Likewise, the food manufacturers should ask their suppliers to discontinue the use of these chemicals. Instead they should source organic ingredients. We certainly hope they will. Our lives literally depend on it.

Brand names that were batch tested: