From Heretic to Hero 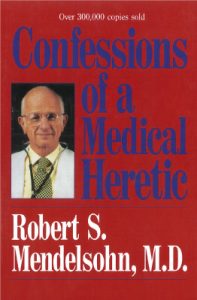 Comments regarding Dr. Robert Mendelsohn range from heretic to hero. Anyone who has heard me speak knows I have been lucky enough to have many phenomenal  mentors in my life. And they also know that I am grateful to each and every one of them. One man, however, I never had the pleasure of meeting before his death in 1988, a few short years after I began my practice, yet his work and his perspective on health has had a profound effect on me to this day. You may have heard of Robert Mendelsohn, MD — pediatrician, prolific author, professor, anti-vaccinationist, and critic of medical paternalism. Dr. Mendelsohn was a huge fan of chiropractors and recommended our industry whole-heartedly.

During his lifetime he wrote 5 books and a syndicated newspaper column entitled, “The People’s Doctor Newsletter.” He appeared on over 500 radio and tv shows—and was a self-described medical heretic.

His books, all of which are still in print and are as valuable today as they were the day they were written, are titled: 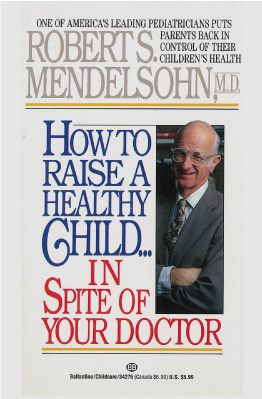 On the topic of vaccines:

The greatest threat of childhood diseases lies in the dangerous and ineffectual efforts made to prevent them through mass immunization. There is no convincing scientific evidence that mass inoculations can be credited with eliminating any childhood disease.

When my wife, Lisa, and I started our family and decided to raise our children naturally, without vaccines, it was Dr. Mendelsohn’s book, How to Raise a Healthy Child In Spite of Your Doctor, that pointed us in the right direction, gave us valuable information, and was a tremendous support in knowing that we were making the best possible decisions for our family and their health.

Today, in our practice we continue to hand out How to Raise a Healthy Child In Spite of Your Doctor to our patients with families. Good information is timeless.  Dr. Mendelsohn unapologetically spent his lifetime sharing as much good information as he could. Luckily, that information will impact generations to come. He denounced unnecessary and radical surgical procedures and dangerous medications. His mild manner and pleasant personality appealed to the public, while his message infuriated his medical colleagues. He spoke his truth. He was and is my hero.

If you haven’t read any of Dr. Mendelsohn’s books, I encourage you to do so. In the meantime, here are some quotes from and about him, to help you on your journey:

One grandmother is worth two M.D.s. 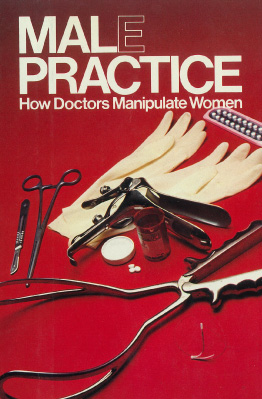 Modern Medicine would rather you die using its remedies than live by using what physicians call quackery.

The pediatrician’s wanton prescription of powerful drugs indoctrinates children from birth with the philosophy of ‘a pill for every ill’.… Doctors are directly responsible for hooking millions of people on prescription drugs. They are also indirectly responsible for the plight of millions more who turn to illegal drugs because they were taught at an early age that drugs can cure anything – including psychological and emotional conditions – that ails them. 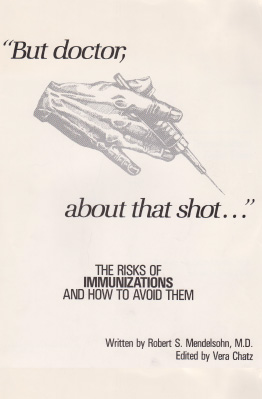 There are significant risks associated with every immunization and numerous contraindications that may make it dangerous for the shots to be given to your child….There is growing suspicion that immunization against relatively harmless childhood diseases may be responsible for the dramatic increase in autoimmune diseases since mass inoculations were introduced. These are fearful diseases such as cancer, leukemia, rheumatoid arthritis, multiple sclerosis, Lou Gehrig’s disease, lupus erythematosus, and the Guillain-Barre syndrome.

Because routine immunizations that bring parents back for repeated office calls are the bread and butter of their specialty, pediatricians continue to defend them to the death. The question parents should be asking is: ‘Whose death?’

Doctors are given one reward for swallowing the fear pill so willingly and for sacrificing the healing instincts and human emotions that might help their practice: arrogance. To hide their fear, they’re taught to adopt the authoritarian attitude and demeanor of their professors.