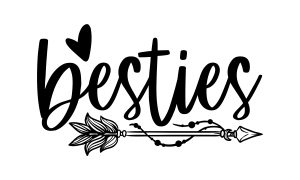 Judy Gaman never thought she’d have a centenarian as a best friend. But as Judy found out, friendship knows no age. Lucille Fleming was just one of many centenarians Judy interviewed as part of her book, “Age to Perfection: How to Thrive to 100, Happy, Healthy, and Wise.” Yet, Lucille managed to immediately set herself apart.

When they first met, Lucille was a full of life 100-year-old living in an assisted living center. Judy was taken by the “air of old Hollywood glamour” that Lucille possessed.  Four years later, at the time of Lucille’s death in 2016, and just a few years shy of her 104th birthday, Judy and Lucille had become best friends. They lunched weekly, talked and shared, and even went on book tour together when the book was finished. Judy credits Lucille with dramatically changing her life.

In 2020, Judy memorialized Lucille in a book titled, “Love, Life, and Lucille: Lessons Learned from a Centenarian.” Perhaps actress Suzanne Somers, in her foreword to the book, best summed up the impact just meeting Lucille had one people.

Wisdom and perspective are the gifts of aging. But in today’s world aging has a negative connotation. The picture we all have in our mind is of the present paradigm, our final years rendering us frail, decrepit and sickly, usually with one of the big three: cancer, heart disease, or Alzheimer’s. And then the awful final destination, the nursing home where we corral our aging souls and drug them up until they no longer know who they are or who they were. Such a terribly way to end this beautiful thing called life. So, it’s people like Lucille who hold the secrets to successful aging within them who can teach us a new way forward.

It sounds like we all have something to learn from Lucille. She lived her 100 Year Lifestyle living life and making good friends until the end. To learn her secrets, keep reading…