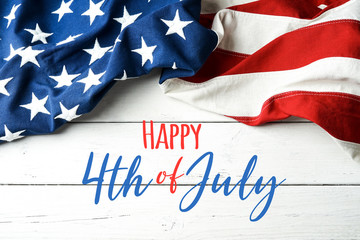 Happy 4th of July! Every year at this time Americans come together to celebrate the freedom we enjoy. And especially to honor those who sacrificed their lives for that freedom. At 100 Year Lifestyle we greatly appreciate those who served and continue to serve our country. We also recognize that we all need to step up, every day, to defend the freedoms we hold dear. We can take nothing for granted.

At 100 Year Lifestyle we honor the awesome power of your body’s innate intelligence, and your freedom to make the lifestyle and health care choices that support that innate intelligence. However, for many of us the issue of health freedom, making your own health care choices, is an ever-present concern. In a series of articles, The 100 Year Lifestyle is going to be looking at health freedom, what it means, why and how it’s threatened, and how each and every one of us can and must step up.

Health freedom is based on the belief that medicine, as it is practiced in the United States (and elsewhere), is narrowly defined. In fact, all individuals are born with the right to seek any and all forms of care that may or may not fall under the definition and scope of conventional medicine.

Unless we put medical freedom into the Constitution, the time will come when medicine will organize into an undercover dictatorship to restrict the art of healing to one class of Men and deny equal privileges to others; the Constitution of the Republic should make a Special privilege for medical freedoms as well as religious freedom.  Dr. Benjamin Rush, Physician, Medical Professor and Signer of the Declaration of Independence

While constitutional scholars have argued for and against the 10th and 14th Amendments’ indirect reference to medical freedom, the direct wording suggested by Dr. Rush was never included in the Constitution. 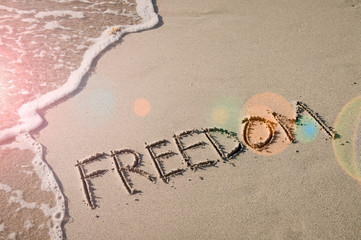 Fast forward to 1847, the American Medical Association was formed. As a result of this, a more regulated practice of medicine began, including the first professional licensing requirement. According to documentation from the US National Library of Medicine :

State laws on medical licensing outlined the “diagnosis” and “treatment” of human conditions in medicine. Any individual who wanted to diagnose or treat as part of the profession could be charged with practicing medicine without a license.

As a result, state laws were established. These laws created scrutiny for and in some cases resulted in the closing of healing professions such as naturopathy, homeopathy, and herbalism. These practitioners were often cited for “practicing medicine without a license.”

Today, according to the National Health Freedom Coalition:

Eleven states now protect consumer access to these practitioners on some level, including Oklahoma, Idaho, Minnesota, Rhode Island, California, Louisiana, New Mexico, Arizona (limited exemption for homeopaths only), Colorado, Nevada, and Maine. Fifteen additional states have introduced similar legislation within the past ten years. More states are preparing to do so in the future.

Many people are unaware of the restrictions that may or may not come into play in their state. Even fewer are aware that their state has any say in the healthcare they seek for themselves or their families.

Health freedom is a term with meaning for all of us. At 100 Year Lifestyle we will continue to explore the topic of health freedom all month long. In the meantime, Happy 4th of July! Celebrate and exercise your rights today! Create a healthcare team that will help you live your 100 Year Lifestyle. Find a provider near you!