Soccer, The Long and Beautiful Game 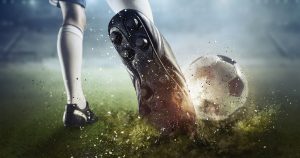 The Beautiful Game at Every Age

“O jogo bonito,” the Beautiful Game, describes the very essence of this passionate sport internationally known as Fútbol. Rooted in cultural spirit and international celebration, “Soccer is not just a game, it’s a national drama. There’s the magic that individuals can produce but also the rhythm of brilliant combination play — it can seem like art when all that is combined into both rehearsed cohesion and spontaneous ingenuity.”1

Soccer is, nonetheless, a skillful and physically demanding game that players reveal to their fans. It’s not just the amount of running players do in a 90-minute match, it’s the combination of speed, strength, endurance, vision, teamwork and coordination it takes to perform at the highest level. It is also a sport where injuries frequently interrupt—and sometimes end—successful careers.

“A study of soccer players in the top flight league in the Netherlands found that a full 62 percent of the players observed for the season suffered an injury, and two-thirds of those injuries were considered acute.2″

Sprains and strains can will keep a player off the squad for days or weeks. A ruptured ACL means a player won’t see any action on the pitch for up to a year. Over time, the wear and tear can be too much for athletes to keep up at the elite level they must to compete. 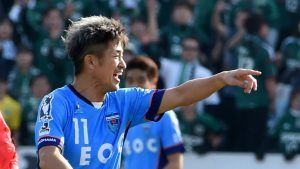 That’s what makes the story of Kazuyoshi Miura so remarkable. Miura is 51 years old and plays striker for Yokohama FC in Japan’s second-tier soccer league. In his (so far) 34-year professional career, Miura has played in the top divisions of Brazil, Italy, and Japan, as well as making 89 appearances for Japan’s national team. Not long ago be he netted a goal, setting a record for the oldest player to score in a professional league, at 50 years and 14 days.

What is Miura’s secret?

How has he continued to thrive in a sport where the average professional career lasts only eight years? 3 It turns out there’s no secret. Miura has availed himself of resources available to almost everyone. He rises early, eats a very healthy diet and works out incessantly, even to the point of doing planks on the sidelines during games instead of relaxing on the bench. He also spares no effort in the training room, where ice baths, massages and bodywork keep him in form.

Thirty four years ago, these practices were unheard of. Today, nearly every professional and collegiate sports team has adopted a similar strategy, including a variety of chiropractic adjustments and techniques. 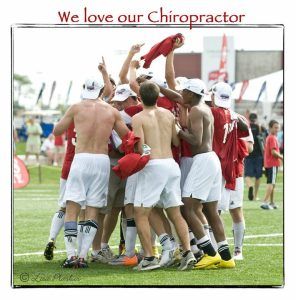 As the team chiropractor for the Alpharetta Ambush youth soccer teams that won three state championships, two regional championships and the 2010 National Chapionship, keeping the players neurologically and structurally balaned was vital to their health and success. We applied the Performance 100 Principles which include neurology, nutrition, endurance strength and structure throughout the entire season, and the preseason.

While other teams became physically overwhelmed by the demanding schedule and ever increasing pace of the game, our team was always fresh, recovered quickly, had only minor injuries and were able to compete at a sustainably high level.

Getting these young players to eat well and manage their nutrition was not always easy. In fact, it was nearly impossible. Other than the electrolyte drinks that were available, their diets were mediocre at best.

Every player, however, was examined for subluxations of their spine and extremities before and after every game. Almost every player needed at least a minor adjustment to perfecctly align and balance their body. This made a huge difference in their recovery time and kept them sharp. When the whistle blew at the end of the National Championship victory, to the surprise of everyone, especially me, the players mobbed me in celebration. They realized the difference that chiropractic care had made in their lives. 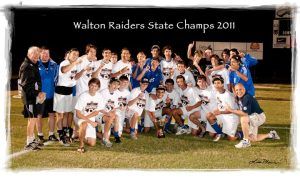 The following year we applied the same chiropractic strategy for the Walton High School team that went on to win the 5A State Championship. The coaches and the players knew the difference it made and I cherish my state championship ring that says Dr. P. 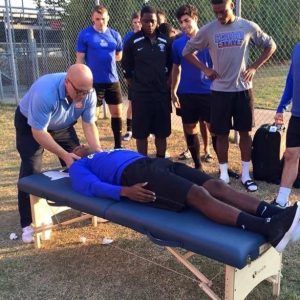 As the team chiropractor for Georgia State University Mens Soccer Team, it was always fun and exciting to watch the players line up for their adjustments and make it a pregame priority.

100 Year Lifestyle Affilated chiropractors, as well as others who share a similar background and philosophy, are applying these Performance 100 Principles in youth sports programs across the country. And it is making a difference.

There Are No Mysteries

To stay in the game and achieve your maximum health, be your own best friend and make similar choices. By the way, last month Yokohama FC extended Miura’s contract for another year, and he is not going unprepared. Your 100 is coming, you make the call,

References:
1 Averbuch, Y. (2017, December 21). Recognizing Art in the Other Side of the Beautiful Game. The New York Times. LINK: https://www.nytimes.com/2015/06/04/sports/soccer/recognizing-art-in-the-other-side-of-the-beautiful-game.html