Is Our Government Preventing Us From Longer Life? 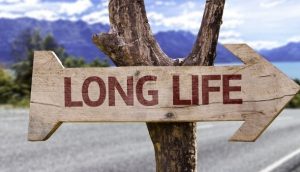 Before you think that this is a “conspiracy theory” laden post, let me put your fears to rest.  I am not suggesting that the government is ACTUALLY going around and eliminating people, but I am posing the question “Are the (unintentional) actions of the government truncating what could be a much longer life?”

Here is a question, and a bit of a history lesson, “How exactly was the age of 65 determined for the use of Social Security?”  Many have suggested that it was based upon the German Precedent.  Germany became the first nation in the world to adopt an old-age social insurance program in 1889, designed by Germany’s Chancellor, Otto von Bismarck. The subject has been debated over the years.  The Social Security Administration denies the direct impact of the German program, instead citing its reliance on other programs, many of which were using age 65.  That begs the question – “how exactly did those programs determine age 65?” – an argument could be made for the German Precedent as the source.  You can read more on the subject here:  https://www.ssa.gov/history/age65.html

Regardless of how the age was determined, it is ever-present in our society.  The impact, of course, is that we have created a way of thinking that suggests that life follows a predictable pattern.  And that pattern suggests that “retirement” is at age 65 – and a potential definition of success is the ability to retire even earlier.  Our society also suggests that retirement represents the final stage of life which might last 15 to 20 years before we die.  But what if that notion was not actually based on scientific facts?

You see, there is plenty of scientific evidence that refutes the notion that life is limited to the current actuarial tables.  We can, and should be living much longer – than the concept of being a centenarian could, and should be the new normal.  Yes, genetics plays a part, but only a small part.  Science suggests that not only do genetics contribute less than 20 percent to the equation, but that genetics can actually evolve over time.  Have you ever heard about the power of positive thinking?  There may be more to that then you think!

So let’s assume for the moment that you could (and should) live 20, 30, or even 40 years longer than you currently “think” you are going to live.  What impact would that have on your life and the lives of others?  What possibilities would that open up for you?  What impacts would that have on decisions that we make with regards to education, family, career?  How would you live your life differently?  What could you accomplish?  What kind of impact could you make?  The possibilities are potentially endless!

This, of course, begs the question “are you prepared to live longer, both mentally and financially?”  When I first entered the financial planning field almost 30 years ago, we planned for people living into their late 70’s.  Today, that just seems ridiculous, and it would a breach of fiduciary duty to plan for that short of a lifespan given what we know today.  I have many clients living active, vibrant lives well into their 80’s.  I suspect that a decade from now it will be even longer!  As a result, I plan around a number that is in the mid to late ’90s.

It is an exciting time to be in the financial planning and life coaching business.  I love facilitating a process that helps people articulate their values, establish their goals, and open their minds to possibilities that they thought were only a dream or may have never even considered.  I have the best job in the world and implementing the concepts and tools from Ideal Life 360 and The 100 Year Lifestyle, makes it that much more rewarding!